Posted on April 30, 2013 by Patrick Hospes and Julie Matthewson 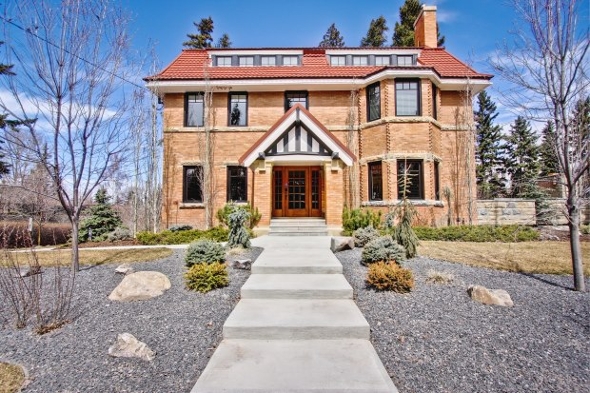 A Mount Royal estate home, a three-storey brick home built in 1912, was once owned by the legendary Burns family group of companies, is for sale for just under $4 million.

The property once encompassed all the block on Prospect Avenue S.W. in the prestigious Mount Royal neighbourhood.

It includes about 6,000 feet with the basement and a third storey guest suite which is really rare. It also has a Japanese pagoda in the backyard.

The house, which has undergone renovations, is on sale for $3.99 million.

Posted on April 28, 2013 by Patrick Hospes and Julie Matthewson 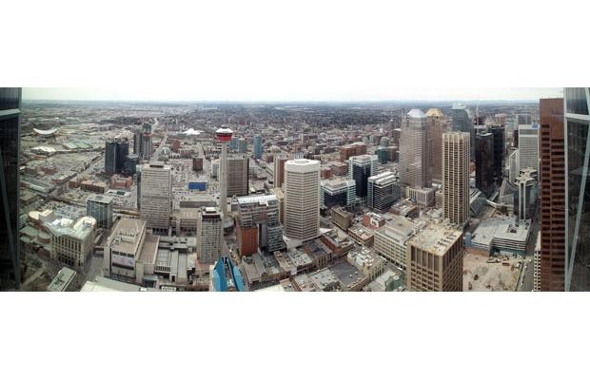 The 54th floor of The Bow, with its breathtaking Sky Garden, caps off what many have described as a magnificent building — one that was recently listed as one of the most dazzling corporate structures in the world.

The Sky Garden floor boasts a state-of-the art 250-seat auditorium on the east side and a huge multi-purpose room with a mountain view on the west. The distance between the two — punctuated with panoramic views of the city, tons of natural light, soft seating and trees — is about one city block in length.

Plans for the tower were announced in October 2006. It was initially owned by Encana but later sold to H&R Real Estate Investment Trust. Energy giants Encana and Cenovus — with more than 4,000 employees between them — are the building’s main tenants.

Posted on April 23, 2013 by Patrick Hospes and Julie Matthewson 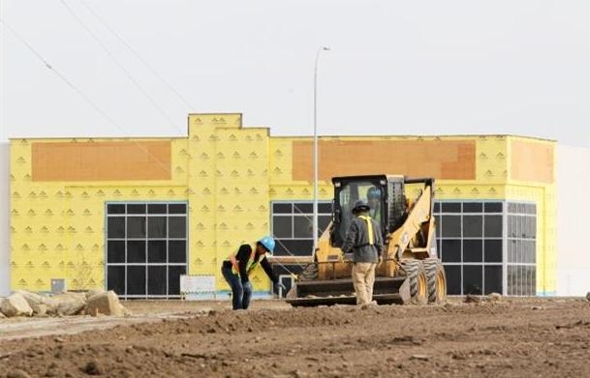 All signs are indicating that the Calgary industrial real estate market will continue to boom and grow this year, says a new report by Cushman & Wakefield.

The report also said leasing activity in the first quarter of close to 1.4 million square feet is up from just over 921,000 square feet for the same period last year.

Calgary One of Canada’s Most Robust Luxury Home Markets

Posted on April 20, 2013 by Patrick Hospes and Julie Matthewson

Calgary is one of Canada’s most robust markets for luxury homes and the baseline entry point for a luxury single-family home is $2 million, which is in line with that of Toronto, says a report by Sotheby’s International Realty Canada.

As Calgary’s market for top-tier homes continues to outpace most of Canada, Sotheby’s International Realty Canada survey findings reveal that demand is predominantly driven by younger buyers, largely in the 35 to 40 year old range who have a skew in preference towards inner-city and Beltline living.

The strongest foreign buying influences include China, Russia, the United Kingdom and the United States.

Calgary Investment in Commercial Building Construction On The Rise

Posted on April 18, 2013 by Patrick Hospes and Julie Matthewson

Investment in non-residential building construction in the Calgary region was on the rise in the first quarter of this year, according to Statistics Canada.

The commercial sector saw investment increase by 4.9 per cent to $742.6 million while the industrial sector experienced a rise of 85.4 per cent to $58.4 million.

In the institutional category, investment was down by 22.8 per cent to $112 million.

Posted on April 15, 2013 by Patrick Hospes and Julie Matthewson

The Bow tower is the tallest building in Calgary.

The 59-storey, 1.9-million-square-foot, $1.4 billion tower was announced in October 2006. It was initially owned by Encana but later sold to H&R Real Estate Investment Trust. Energy giants Encana and Cenovus are the skyscraper’s main tenants at Centre Street and 5th and 6th Avenues S.E.

The Bow has six floors of underground parking connecting under 6th Avenue and 7th Avenue with nearly 1,400 parking stalls and just over 400 spots for bicycles. The structure has 42 elevators. The total square footage of the skyscraper is equal to 48 Saddledomes. There are three Sky Gardens in the structure.

The design architect on the Bow was world-renowned Foster + Partners.

Posted on April 12, 2013 by Patrick Hospes and Julie Matthewson

A new inner-city condo development is being launched in the Bridgeland community.

STEPS Bridgeland is designed by award-winning Calgary architect Jeremy Sturgess and is described as a one-of-a-kind real estate development that will change the architectural landscape of Bridgeland.

It will be a six storey, concrete, condominium development featuring 122 contemporary homes consisting of studios, one and two bedroom apartments, town houses and penthouses.

The project is located at 918 McPherson Place N.E. and the sales centre, located at 921 1st Ave. N.E., officially opens on Saturday.

Construction is expected to begin in the fall of this year with prices starting from the $180,000s.

Posted on April 9, 2013 by Patrick Hospes and Julie Matthewson

First-time buyers in Alberta expect to spend $406,000 on a home, the highest average in the country, as reported released Tuesday by BMO.

The First-Time Home Buyer’s report said the average amount Canadians planning to buy their first home in the next five years plan to spend is approximately $300,000, with an average down payment amount of $48,000 (16 per cent).

The report also found: on average, first-time home buyers expect to be mortgage free in 20 years, with 20 per cent estimating it will take between 10-19 years; those planning to enter the real estate market for the first time are twice as likely to take a fixed rate over a variable rate mortgage (46 per cent versus 20 per cent); and first-timers who expect interest rates to stay the same or decrease over the next five years still prefer fixed rate over variable rate mortgages (39 per cent versus 23 per cent).

Posted on April 3, 2013 by Patrick Hospes and Julie Matthewson

Posted on April 1, 2013 by Patrick Hospes and Julie Matthewson

The 2013 Canadian Hotel Investment report released this week by Colliers International Hotels said the 116 hotel sales was a 17 per cent increase over 2011 and the third-highest number in the past 10 years. Alberta’s 30 hotel sales totalled $391 million.

Ontario was tops with 50 sales accounting for $460 million.

The Colliers report said Calgary should lead the country in hotel sales value growth this year, at about eight per cent.

Real estate companies came out as the leading investor group in 2012, it said, accounting for 43 per cent of total acquisitions, primarily for redevelopment.